Welcome Party on Monday (January 16, 2023)
Conference opening receptions are a good opportunity for participants to meet and greet each other.

The following social events will take place according to the interest of the participants.

The treetop walk of Bachledka
The Treetop walk can be found in the heart of the majestic forests of the Bachledova Valley. There you can see the unique nature of the Belianske Tatras. You can explore local forests from the top. You will be immersed in the forest and learn about many animals and plants that can be found only in a few places of the world. 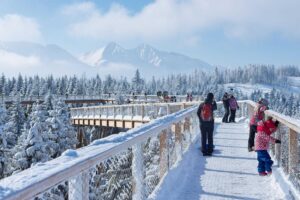 Belianska Cave
The Belianska Cave belongs among the most visited show caves in Slovakia. Except for bizarre rocky shapes, it is known by rich occurrence of calcite fills. Though the interest in natural attractions of the cave have been persisting for more than 125 years, the rules of its forming are not entirely clear by now.

Kežmarok Castle and City of Kežmarok
The territory of Kežmarok was settled as early as 10000 years ago on Jerusalem and Michal’s hills. This is witnessed by the archaeological findings from the Stone Age, later the Bronze und Iron Ages and the periods of the Roman Empire and the migration of people. In the 6th century the Slavs came to the territory of Spiš. In the 13th century the territory of the future city was encroached upon by the German colonization wave. Many localities names found in written documents from second half of the 13th century evidence presence of Slavs: Gala, Bystrica, Lubica, Lomnica, Bela, Verbev, Ruskin, Vysoká etc. 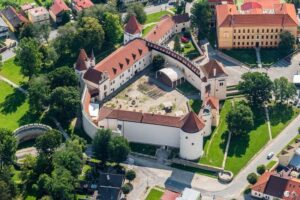